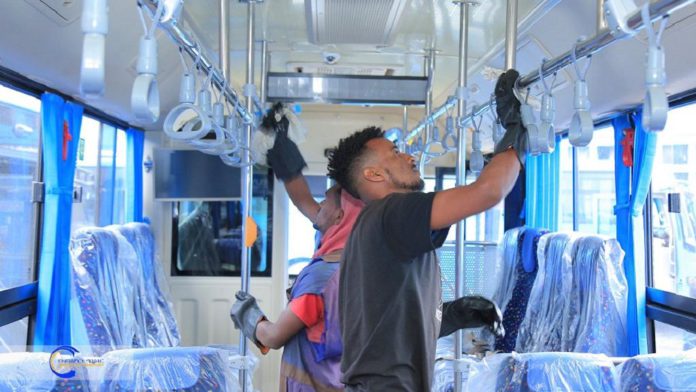 Ethiopia’s capital, Addis Ababa is due to begin a door-to-door mass Covid-19 screening across the city, Addis Ababa city administration has announced. City deputy Mayor, Takele Uma, on Saturday told local journalists that the mass screening and testing programme will be started Monday (April 13) first in districts which are identified as potentially most vulnerable to the spread of the highly infectious coronavirus.
The aggressive city-wide screening measure intends to identify Covid-19 infected patients and thereby to arrest a potential virus spread within communities.

He said, the mass screening will eventually be carried out in all 117 districts, locally known as woredas, of the city, which is home to an estimated 7 million inhabitants.

According to the Mayor, the door-to-door mass Covid-19 screening will be conducted by more than 1,200 retired health professionals, who responded to government’s call on the retired to join the national fight against the coronavirus pandemic.
Anticipating surge in virus spread, Ethiopia’s Ministry of Health (MoH) has recently been calling on retired medical experts, unemployed medical college graduates and other in-training medical professional volunteers to contribute their roles.
The call intended to bridge a potential shortage of healthcare workers in Africa’s second most populous country.
Ethiopia is also amongst countries that have the least doctor to patient ratio globally.

According to the MoH, the health professionals, who respond to the national call, “will be assigned to various roles, based on their academic background and services in different units including
laboratory surveillance, point of entry screening, risk communication and community engagement, and case management isolation.”
The registration of retired and other health professionals had officially been launched at the official website of the ministry since April 01, 2020.

Meanwhile, Ethiopia has reported a third death from Covid-19 after a patient died Saturday.
According to Lia Tadesse, Minister of Health, the deceased was a 65-year-old woman from Dukem town, Oromia regional state.
“She was admitted to a treatment centre on April 6, after testing positive for Covid-19 the same day” the minister said.
The minister however said six additional patients have recovered from the deadly disease raising the total of recoveries to 10.
Daily Nation has learnt today that among the total recovered was an 85 year-old woman who was one of the first two patients who had gone through the intensive care treatment.

Today, Ethiopia has reported an additional two new Covid-19 cases bringing the total number of confirmed cases so far to 71.
State Health minister, Dr Lia said, country has tested a total of 286 suspected individuals during the past 24 hours and of the total two were tested positive for coronavirus.

The two newly infected, both women, were Ethiopian nationals who had travel records, said the minister.
One of the two was a 24 year-old who returned home from Dubai before Ethiopia imposed the mandatory two-week quarantine.
While the second victim was a 35 year-old who recently came from Turkey but was under quarantine.
Since Ethiopia reported the first Corona Virus case, the horn of Africa’s nation has so far conducted laboratory tests for 3,863.